Welcome to the first day of Ugly Sweater Week here on Hockey By Design!

In the coming days, we’ll show you a holiday tradition we’d love the NHL to start enacting: in the 7 days before the NHL takes their 3-day Christmas break, every team wears its most historically ugliest jersey in their games, creating a truly festive and horrific display on the ice.

By ‘ugliest’, we mean the jerseys that are a combination of being dreadful by (a) being more ostensibly garish and colourfully obnoxious rather than poorly designed, (b) by the jerseys that’s generally accepted as being the team’s ugliest jersey outside of our opinion, and (c) our opinion. It includes the jersey collection of the entire franchise (i.e. – including jerseys prior to relocating to its current location) and consideration will be given to (mostly) ensure the home teams are in coloured jerseys and the road teams in white.

Tonight’s match-ups for December 17 could look something like this: 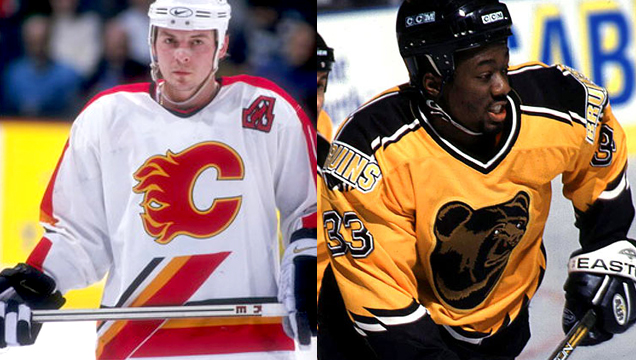 Calgary, in what we’ve determined to be their worst jersey ever (idiotic slanted lines under the logo included) against Boston’s Smokey the Bear costume. 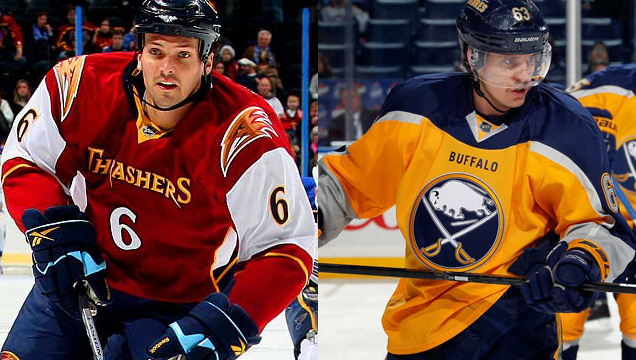 The Jets go back to their Thrashers days for their ugliest sweater, while the Sabres rely on their latest third jerseys (which are truly awful). Notice how everyone’s wearing coloured jerseys? The Sabres can’t decide whether they’re the home or away team anyway with the yellow on the front, blue on the back. 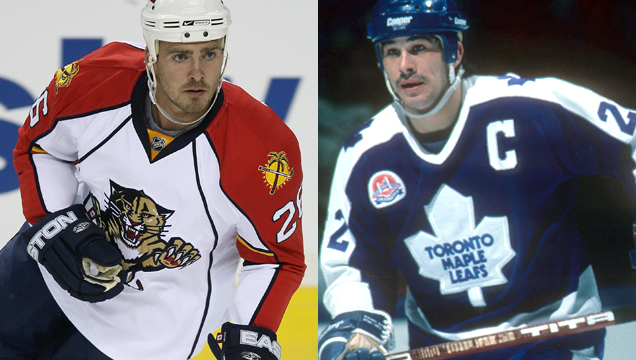 Not the ugliest game by any means, but from Florida’s pyjama stripes to Toronto’s cuff-to-cuff shoulder stripes makes these some of the ugliest sweaters they’ve worn. 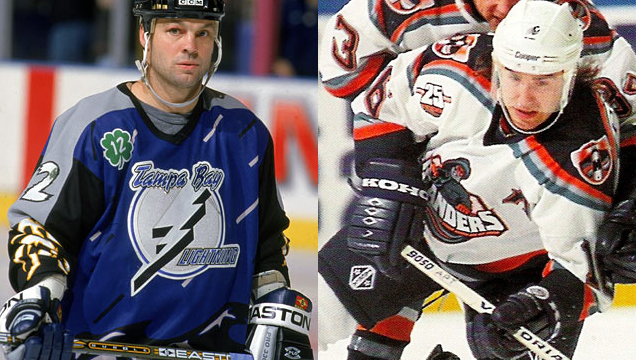 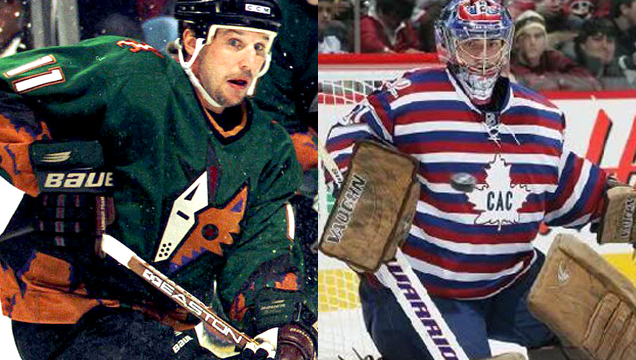 Probably the best (read: ugliest) match-up of the night. The horrible Coyotes’ third jerseys from the ’90s against the Habs’ historic barber pole jerseys. Yes, Phoenix is wearing coloured jerseys on the road, but against the barber pole, it doesn’t matter what you’re wearing. You’ll never be mistaken for the other team. 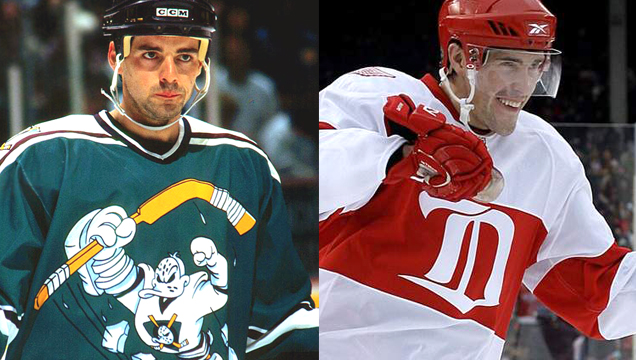 The Wild Wing (which we pronounced to be the worst jersey the Ducks have worn) against a team that, well, has never really had a bad jersey (outside of their Falcon days anyway), so we’ll go with their mediocre Winter Classic jersey from a few years back. 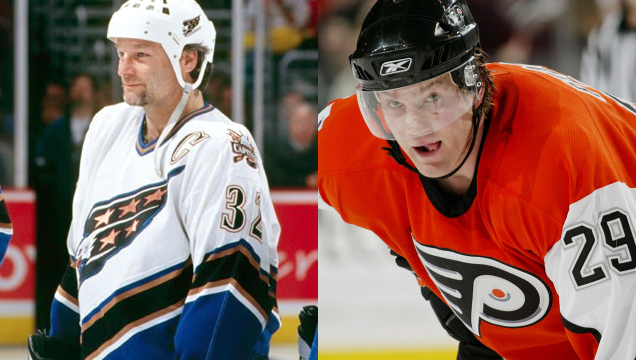 For the Caps, I couldn’t find a good image that features when they had “Capitals” written in the black band, so this will have to do. For the Flyers, they actually have a very solid history of jerseys…except this one. Stadium Series anyone? 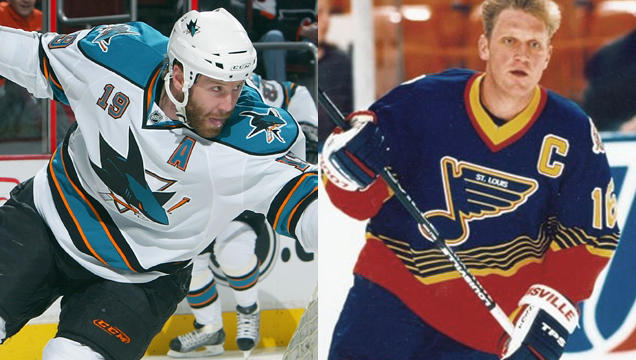 San Jose gets to wear their completely over-designed jersey while St. Louis wears the worst thing they’ve ever worn (but only because they never actually wore this one). 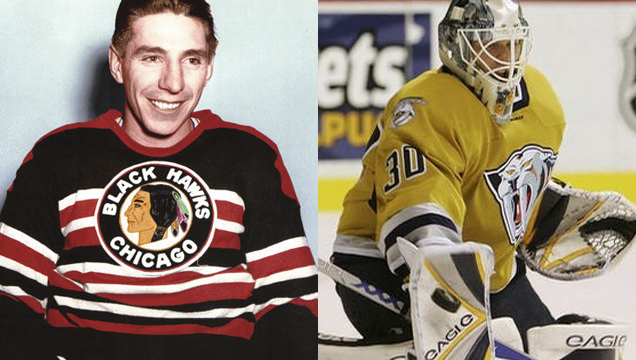 Multi-striped historic Chicago with the badly drawn logo goes against pee-stained Nashville with the awful alternate logo. And you thought their current jerseys had a weird colour! 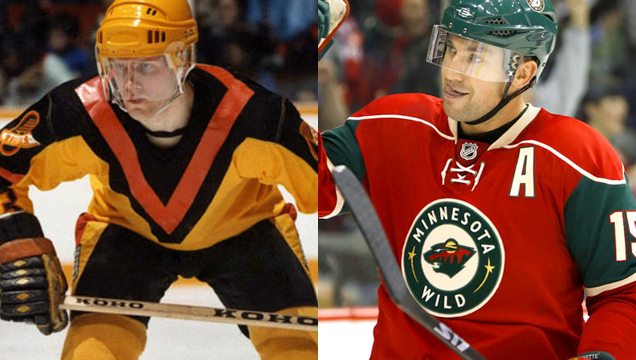 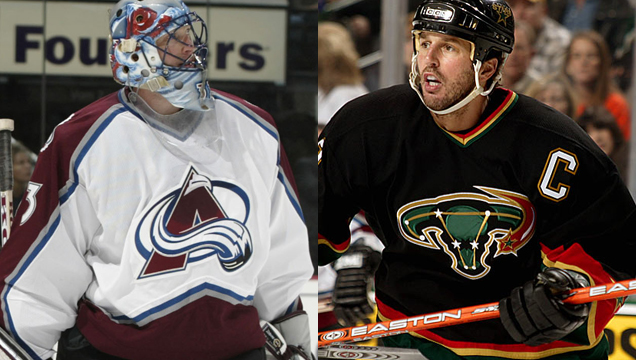 The Roy-lead Avs wear Roy-era jerseys (because they’re boring and don’t having uglier road whites in their history) against the Dallas    Stars. 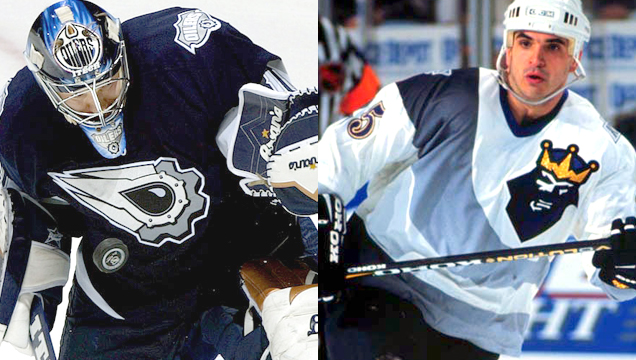 The teams kindly switch home and road colours so that the Oilers can wear their old McFarlane-designed alternates and the Kings can don the Burger Kings.

Got suggestions for what you think the two teams should be wearing to celebrate Ugly Sweater Week? Let us know in the comments below. And check back tomorrow for the next games!