The History of Professional Hockey in North America

To celebrate the opening of the new season, we’re releasing to the public something we’re extremely excited about and have worked hard to produce. Introducing…The History of Professional Hockey in North America (1901–2014). 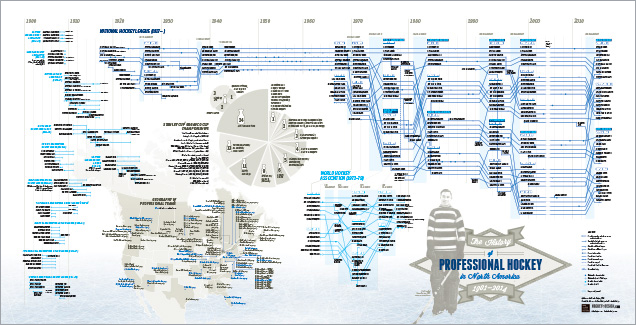 It’s also available in two formats: on high-quality poster paper, or as a premium fine art print. For the fine art print, there’s only ever going to be 50 printed. Ever. So, once they’re sold out, they’re gone for good.

Here’s some more detailed images of it… 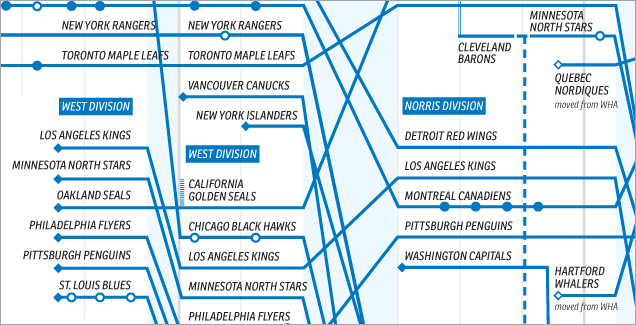 Follow every franchise, from inception to the present day. The timelines also show years a franchise won a championship or was a finalist. 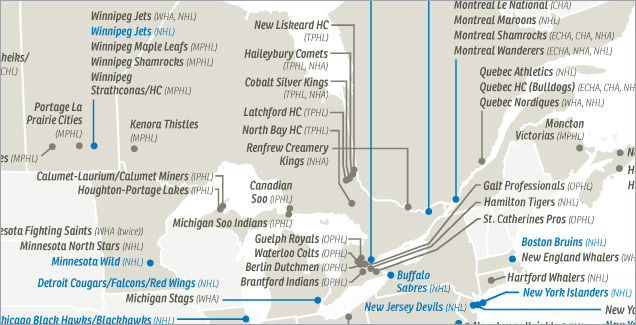 See the location of every single major professional team to play in North America. 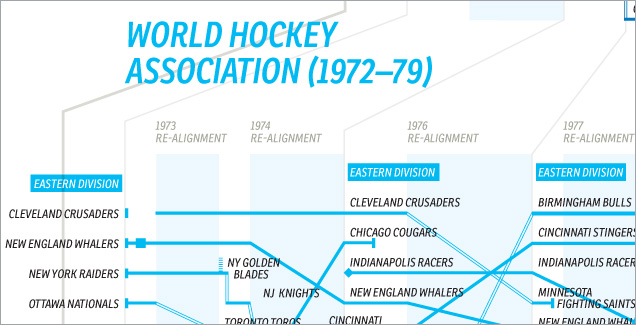 See the clusterfuck of a league that was the WHA, the only true competition the NHL has ever had since the 1920s. 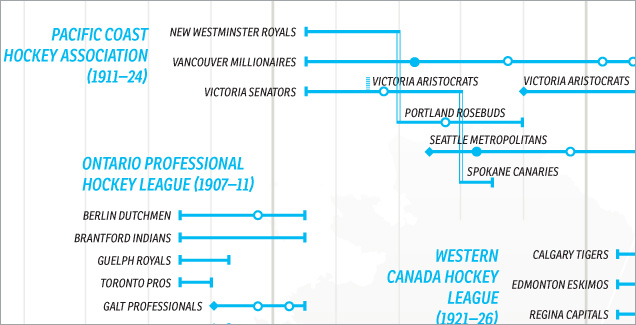 See the history of professional hockey in North America through the multitude of regional leagues that existed in the 1900s, ’10s and ’20s.

We don’t gloat often, but we think it’s totally awesome. And we’re excited to share this with everyone and hope you like it as much as we do!

Visit the HbD Store to pick one up. At 45″ x 23″, it’s an impressive size and definitely something to show off. Remember, it’s available either on high-quality poster paper, or as a premium fine art print.

Let us know what you think of it in the comments below!

7 Responses to “The History of Professional Hockey in North America”