In an effort to keep things fresh around here, we are doing something a little different with this month’s Top 5. In light of recent events regarding EA Sports pulling Patrick Kane from their upcoming NHL16 video game cover (leaving Captain Jonathan Toews standing alone with the cup), we got to wondering what are the best covers in EA Sports NHL history? But while researching the topic, it dawned on us that the worst covers might be more fun to cover. Designers love nit-picking details, and so do hockey fans, so let’s do this! We present to you, the Top 5 Worst EA NHL Covers. 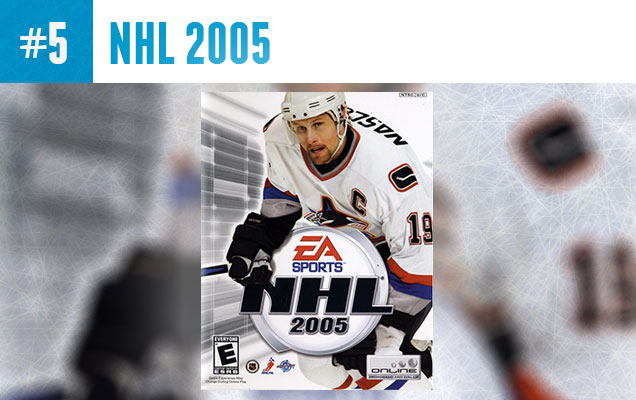 Was it a conscious design choice to make it look like the NHL 2005 logo is blatantly gut-checking Markus Näslund? The way that his right glove was photoshopped in front of the logo while the rest of him is behind it, further leads to the conclusion that Näslund is getting pummeled. He’s a tough guy, but his slight wince is also giving it away. Besides the gut-check, this is the only NHL cover with mysterious checkered boxes in the background. Sure the graphic helps distinguish Näslund’s white jersey from the white background but what is it supposed to be? 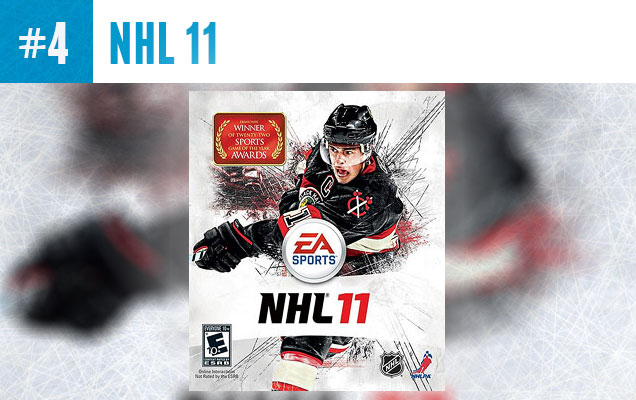 It’s painful to add this one to the list considering I’m a big fan of Jonathan Toews, but this cover is simply messy and lacks the clean communication of previous titles. I see what the designers were going for with the scratchy, ice streaks and lines in the background but unfortunately, I think the concept fell flat in execution. I’m getting either a cactus or porcupine vibe here, and that’s not good for advertising a sport as majestic and athletic as ice hockey. I also don’t think it’s a good idea to hide the cover player’s number with the game’s logo. Player brand recognition is key to advertising…just ask Michael Jordan. 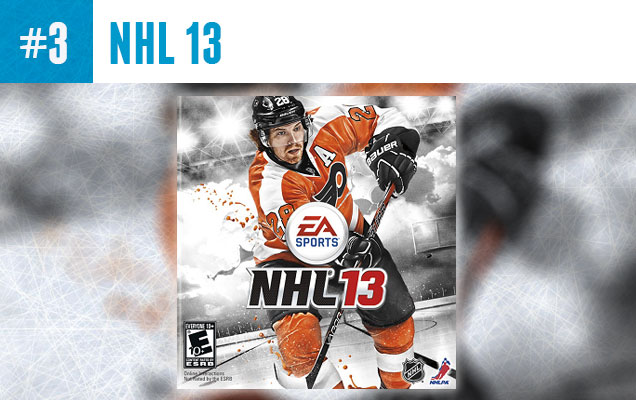 This cover is a case study in unnecessary Photoshop extras. Did someone throw a Sunkist soda at cover player Claude Giroux? Or does he literally bleed orange blood? It’s nonsensical and thankfully, was not repeated in future cover designs. I’m also confused by the thick, billowing clouds added to the gray scale background. Clouds don’t belong in hockey arenas, and if it’s supposed to be smoke, well there shouldn’t be smoke during game-play and someone needs to call the fire department. Other than the added dramatizations, I don’t mind the style and subdued colors, which was finally perfected on 2015’s cover. 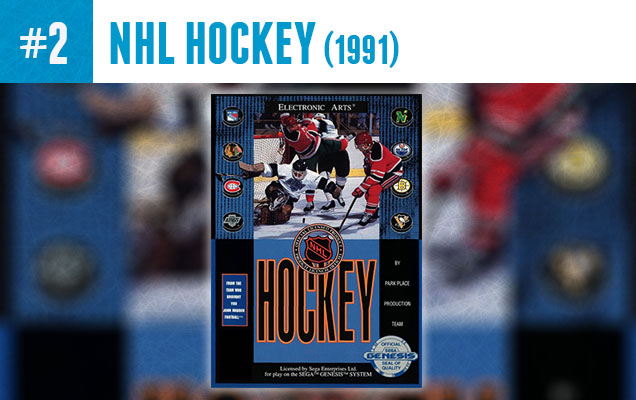 Granted, this is the first game of the series, and they were breaking new ground here, but the cover is still cringe-inducing to look at. It features a photo of the Los Angeles Kings vs. New Jersey Devils which is framed by the logos of eight seemingly random team logos, one of which is not the Devils. Also, the Whalers, Jets, and Capitals made the playoffs in 1990 and did not get their logos on this cover…very suspicious if you ask me. Furthermore, the cover simply cluttered. The Sega Genesis logo feels unbalanced with the other centered company logos (Electronic Arts and NHL logo) and does ‘Hockey’ really need to be that big? The word only appears one more time (1993) and then is never seen again on future NHL covers. 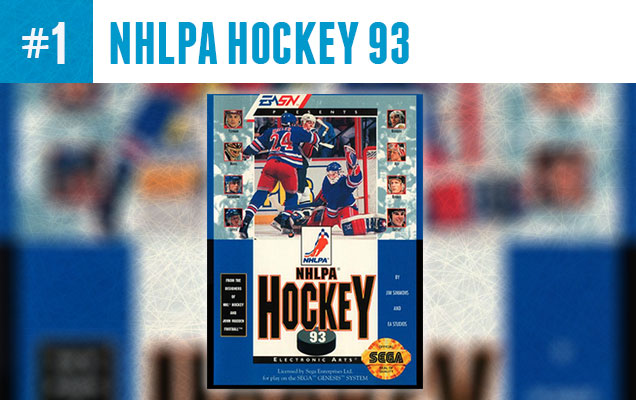 Besides suffering from the same clustered and claustrophobic design problems of it’s predecessor “NHL Hockey”, this sequel did not actually have a license from the NHL so it suffers from having this ridiculous name on the cover (National Hockey League Players Association) and you may notice there is not a team name or logo on New York’s goalkeeper in the photo. Also, I think having the headshots of 4 players on each side of the photo instead of 5 is confusing and may have been done just to avoid even more clutter. The combination of poor design and over-stuffed cover, all while having a sketchy affiliation with NHL imagery has earned this title as the top spot on our worst covers list. I’m sure glad the franchise finally laced up their big-boy skates and made a huge improvement in the infamous follow-up, NHL ’94.

Agree? Disagree? What’s your (least) favourite EA NHL cover? Let us know in the comments below.