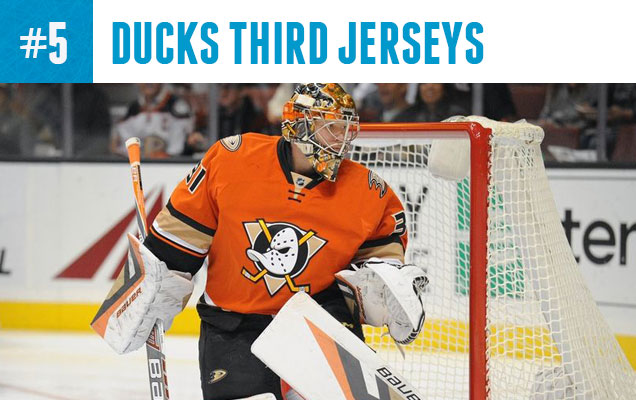 “Love and marriage, love and marriage, go together like orange and beige.” That’s definitely not how the song goes, because the combination of orange and beige just doesn’t look good, despite what the Ducks seems to continually think. And their decision to feature that awful combo prominently on a retro third jersey that ditched the awesome colour combo of teal and eggplant is simply unforgivable. And they added in too many stripes and still can’t manage to pull off a respectable orange jersey. It was an attempt to adapt a jersey that was much-loved by hockey fans everywhere that grew up in the ’90s into the team’s current colours, but by removing the best parts of the jersey left nothing but a corporate-schlepping logo and showed the who process for what it was – a shameless money grab. 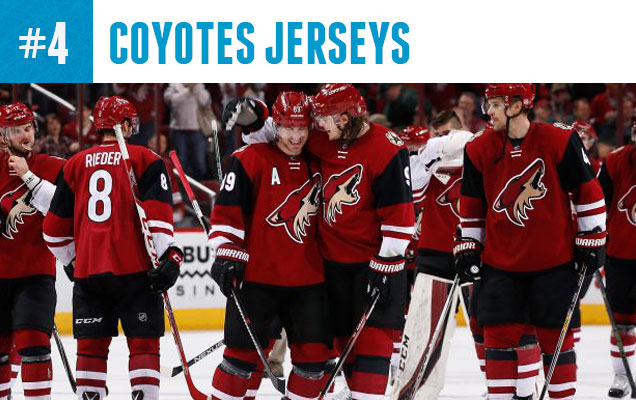 Don’t fix what ain’t broken. These jerseys are somewhere between okay and mediocre, but when compared to the gorgeous simplicity and refinement of what they were wearing previously, it can’t help but be seen as a disappointment. The clunky slabs of black on the sleeves do nothing other than add a visual distraction and completely unnecessary additional contrast. This is even more evident on the road whites, which have white and black right next to each other at the shoulder. This point of highest contrast will always draw the eye (#science) and distract from what should always be the focal point of the jersey: the crest. It was a step of jersey regression for the Coyotes. Luckily it didn’t regress too far. 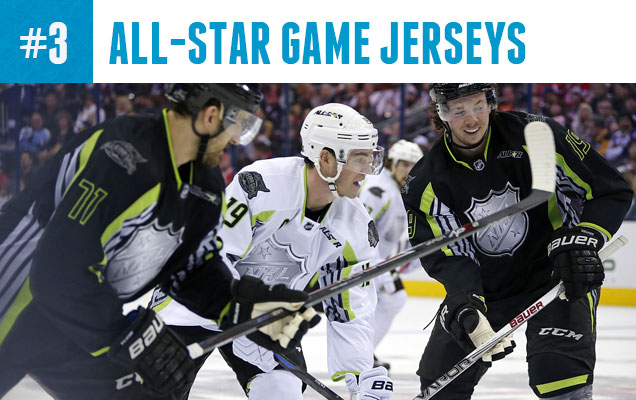 This was the first All-Star Games jerseys to be unveiled during the HbD era (2013: lockout, 2014: Olympics). It was kind of exciting since ASG jerseys usually serve as a chance for the league to create vile and bizarre new concepts for jerseys that are generally out-of-sync with contemporary jersey design. And while these awful jerseys generally do sell and have some elements that could be admired for their adventurous nature, they’re generally shoved away in a closet somewhere because people are too embarrassed to wear them even a year or two later. And these certainly did not disappoint! Neon trim! Low-contrast, fake-chromed crest so you can barely see what it says! Weird striping! Hard-to-read numbers on the black jerseys! All that weirdness, and somehow the jerseys still looked boring. So, a big fail.

Since when did the de facto colour for Brooklyn sports teams become black? Since the Nets moved there and Jay-Z decided the design the uniforms that way? If you needed proof that what works well on basketball jerseys doesn’t on hockey jerseys, here’s Exhibit A. Basketball has a history of one-coloured uniforms. In hockey, that ends up looking like pyjamas. And, in the Islanders’ case, the black is an especially odd choice since it essentially throws out their entire visual brand and colour palette, save for the Stadium Series-introduced ‘NY’ logo. It’s just such a gimmicky, bizarre departure that doesn’t work. Some of the details are nice (like the four stripes for the four Cups, the Brooklyn helmet patch, etc), but overall, it’s pretty awful. 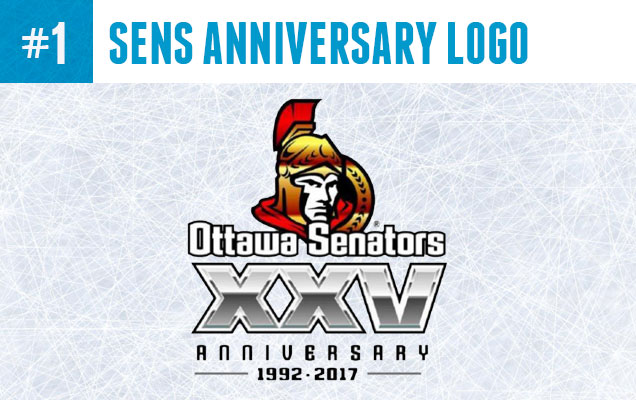 All of the above, despite the issues with them and their being placed on this list, you can tell they were at least designed by a professional and experienced designer of some sort. This logo patch, not so much. The concept is bad. The execution is terrible. The details (like the chrome) are lazily slapped on. I’m a professional designer and I can tell you, this is done by an amateur or a student or someone with zero experience, and it has no place being in the best professional hockey league in the world. There’s absolutely no redeeming qualities whatsoever to save this disgrace from easily placing first on this list. And Sens’ fans (including friends of this site Silver Seven Sens) have been actively trying to stop the team from using it. That tells you something.

So that’s the worst of the worst in NHL design this year. Want to know the best designs of 2015? Check back soon!

Who gets your vote for worst design introduced in 2015? Let us know in the comments below. Or join the conversation on Twitter and Facebook!

NHL Playoffs 2020: Round 1 Countdown and Predictions