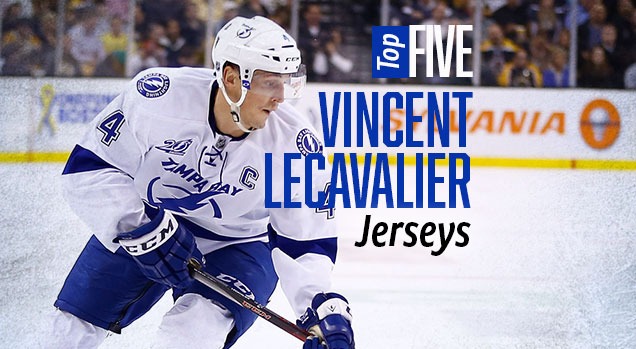 With the announcement yesterday that Vincent Lecavalier – at one time not so long ago considered one of the biggest stars in the league – is officially hanging up his skates after a somewhat resurgent half-season with the Kings, what better way for us to pay tribute than by ranking the best jerseys he wore over his professional career.

The first overall selection in the 1998 Draft went on to win the Rocket Richard Trophy, World Cup of Hockey Gold and MVP honours, numerous All-Star selections, and, of course, the Stanley Cup. And he’s worn some great jerseys (actually, some of the greatest jerseys) doing all of this. Let’s count them down. 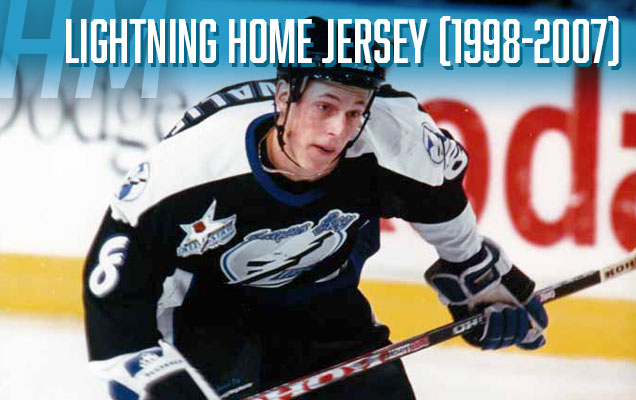 Okay, this isn’t a good jersey. The logo is turrrrrrible. The jersey design is flat and boring. The abnormally thick stripes are clunky, which makes the high-contrast between the black and the white horribly obnoxious and somewhat nauseating. The typography on those numbers are ridiculous. The only reason it gets an honourable mention is because it’s the jersey that raised the Stanley Cup, and that makes everything look better. 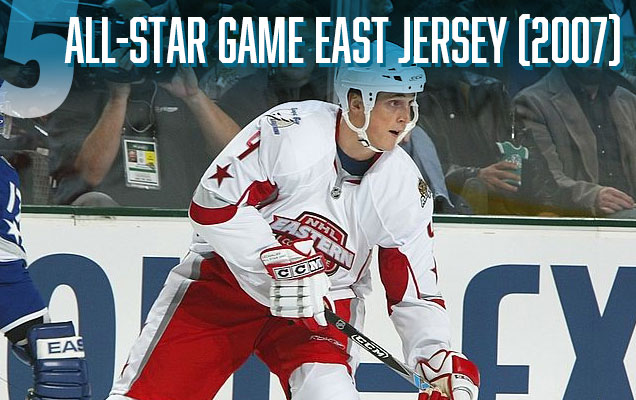 Lecavalier played in 4 All-Star Games through his career, and these road whites from the 2007 game in Dallas is the best of a pretty sad bunch, which includes this monstrosity. But still, the design is relatively clean and minimalist, with stars lining the sides of the jersey adding in a nice touch. The lines/stripes were relatively innovative for the era, as this was the very first time the players wore the Reebok Edge jersey during a game. There’s just enough grey (silver?) to break up the red and white a bit. It’s not his most successful jersey though, as the East lost the game 12–9, with Lecavalier chipping in an assist. 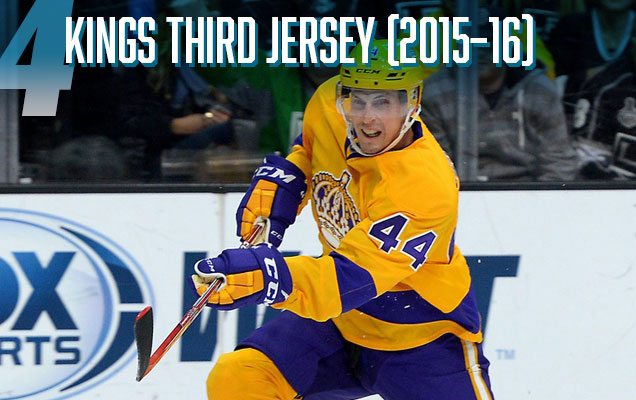 This past January, Lecavalier was traded from the Flyers to the Kings, which gave him the opportunity to wear these awesome duds, the Kings’ 1967–80 gold throwback third jerseys. The obnoxious full gold jerseys with the complementary purple thrown in as a single solitary stripe on the sleeves and jersey bottoms are pretty fantastic and definitely add more bursts of colour to the ice than the Kings’ current homes and aways. And the old logo is infinitely better than the current one too. I could be convinced that Lecavalier requested a trade to the Kings just to wear this jersey. 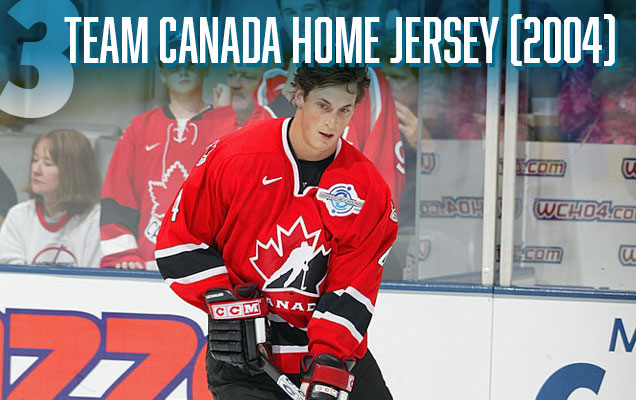 In the last World Cup of Hockey before this summer resurrects the best-on-best national tournament, Lecavalier was a key piece in the Canadian team that brought home gold, chipping in 2 goals and 5 assists in 7 games and named Player of the Tournament. And Canada was dressed for success, wearing their classic Hockey Canada logo with simple and consistent black-and-white/red stripes. It’s a modern iconic look for Canada, and easily better than their more recent 2006 and 2014 Olympic jerseys (but you can’t beat those 2010 jerseys). 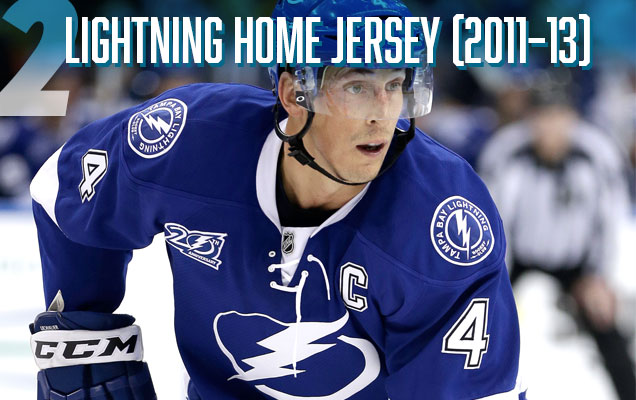 Given that the majority of Lecavalier’s career was played in Tampa, it’s obvious that there’s a Bolts jersey somewhere on here. And these are the finest jerseys the Bolts have ever worn (and trust me, their jersey library is not great), despite what I said previous in Tampa’s Worst to First Jerseys post (see below). After watching these jerseys for a few seasons now, they’ve proven to dance a fine line between modern and classic aesthetics – something that’s extremely difficult to do – and still look good doing it. And the royal blue looks great on the ice, along with the simple white stripes. His career was on the downswing while wearing these jerseys, but they sure beat the other Tampa options.

Although Lecavalier’s time in Philly was fraught with not performing to the expectations when they signed him – something that eventually chased him into the press box and then out of town – no one’s ever looked so good not living up to expectations. The Flyers are the only team to ever play in the league that’s really nailed down using orange jerseys effectively. How? Simplicity. The striping is kept extremely minimal with just a solid white. And these modern versions of the Flyers’ original jerseys – another example of a jersey with a foot in both modern and classic aesthetics – are among the best in the league.