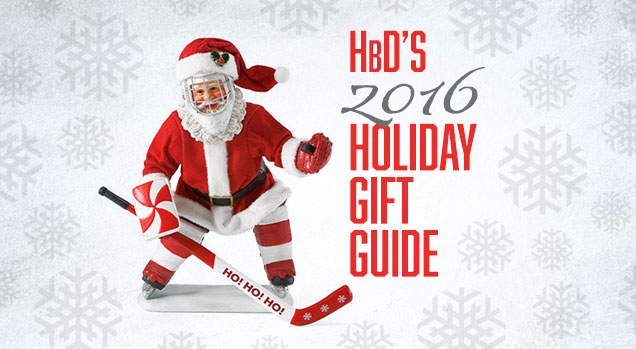 Please Note: This post was originally posted in 2016, so while most of the links still work, we cannot guarantee it anymore. However, we have updated and released a new Top Ten Christmas Gifts list for 2020, which you can visit by clicking here.

(Ed Note: This is not paid content! None of the websites/businesses listed below have paid us to be included on this list. These are all items we honestly think you would love because we love (or have loved) them ourselves. Enjoy!)

It’s that time of the year again, when we all panic about presents and spend way too much time at the mall, being forced to listen repeatedly to that Michael Bublé Christmas album before they finally change the track to that Celine Dion Christmas album…and your ears start bleeding. Or maybe you’re too busy watching the hockey game instead, and will find yourself shopping at 7-Eleven for gifts as they’re the only thing open at 10pm on Christmas Eve (everyone loves corndogs as Christmas presents, right?).

Let us make your life easier! Here at HbD, we’ve put together a list of strange, or wonderful, or obscure, or geeky, hockey-related gifts you might be wanting for yourself, or might be perfect for the hockey-loving people on your gift list. So relax, pull out your list and start crossing off some names. You can thank us later. (All prices $USD)

Well, of course we’d promote our own stuff. Why? Because if you’ve got a hockey fan to buy for, they’ll love it. Posters, stickers, t-shirts, mugs, pillows, we’ve got something for everyone. Whether it’s a team-specific pillow that they need to class-up that beaten down couch they watch hockey on, or our mugs to sip hot chocolate (with Baileys, naturally) while watching the game, we’ve got something for the hockey fan anywhere.

Plus, we just released seven new products on Friday, so now every single team is represented on the Market, so there’s something for every fanbase. And there’s still a Cyber Monday sale happening today only! Everything is 30% off! (Recommended by John)

During his playing years, the tight-lipped Bruins legend was never one to indulge the media with personal details, but in 2013, Bobby Orr finally penned and published his autobiography.

The book is as great of a read as Orr was a player. The Sun Chronicle described it as “a must-read for anyone who fondly remembers the glory years of the Big Bad Bruins,” adding “read Orr–it’s like reminiscing with an old friend.” I read the book two years ago and would 10/10 recommend. Quotable, inspiring and insightful, just like Bobby. (Recommended by Ally)

It’s pretty incredible how handsome Henrik Lundqvist still looks when he’s been Funko-ized. The toy-line features an All-star NHL lineup, including Sidney Crosby, Alex Ovechkin, Connor McDavid, Steve Stamkos, Jonathan Toews, and more. POP! only recently acquired NHL trademark rights to their popular line of intensely cute action figures, but they’re slowly showing up at toy-stores and online. These little guys are perfect stocking stuffers! Santa, if you’re reading this, I’ve been (mostly) good and I’m going to need all of them. (Recommended by Chad)

In the second year of the league, the National Women’s Hockey League offers an amazing experience that won’t break the bank. With the best athletes in women’s hockey, NWHL games are fast-paced, exciting, and make for a really great time for all hockey fans. The league is host to four teams: The Boston Pride, Buffalo Beauts, Connecticut Whale, and New York Riveters. Single game tickets start at $20 but keep an eye on their social media pages for all kinds of discounts! Great hockey. Good prices. Can’t beat that.

If you can’t make it to a game, why not order yourself some gear! The NWHL shop has a great selection to choose from, and for my Connecticut crowd longing for their Whalers, they’ve got some great Connecticut Whale gear to satisfy that hockey nostalgia. With shirts, sweatshirts, hats, toques, and much more, there are many options and shirt styles for you to choose from to rep a new team and support the young league. (Recommended by Chris)

Adam Sandler sang about Chanukah being eight crazy nights instead of just one day of presents, but the Hockey Stocking kind of makes me wish I celebrated Christmas too. If you’re looking for a creative way to decorate your mantel, show off your team colors with one of these adorable knitted skates.

Born from a family DIY project and some old hockey socks, Hockey Stockings now features color combinations for every NHL team, so even if your household is divided, each member of your family can wear their team’s colors with pride via their Christmas stocking. (Recommended by Ally)

It’s a glass hockey stick filled with premium-quality vodka. Seriously, what more could you ask for? And it’s available in select provinces and states on both sides of the border. And for an extra $25, you can even get a custom stand to hold it in. (Recommended by John)

This isn’t quite an intervention per say, but we think it’s time you get that man-cave organized, huh? Here’s the perfect solution: A big dry-erase whiteboard designed to look like an NHL ice rink! Yes, we agree, It’s pretty awesome!

The best part is that is comes with 5 puck-shaped magnets to complete the experience. Slide those babies around the whiteboard all you want, we know that you don’t actually have any to-do lists, or important paperwork to put up there, right? Either way, this wall organizer is (probably) worth every penny of it’s $129 price tag. (Recommended by Chad)

Last year we included the Gents on our last-minute gift guide for their designer-approved apparel and badass ornaments, but this year they’ve added a cozy Christmas sweatshirt into the mix that you’ll want to live in all winter long.

The fair isle design and vintage-style gloves in the center almost make this cool enough for wear outside of ugly sweater parties, but go ahead, we won’t tell. Pick one up in and, as they say on the site, “let people know you mean business” this holiday season. Plus they put gummy bears in every order, so you really can’t go wrong. (Recommended by Ally)

Remember that time you got those bad looks when you wore your favourite team’s Doritos-stained jersey to your friend’s wedding? Sometimes, you gotta put the jersey back in the closet and show the masses how well you clean up. But, that doesn’t mean you have to completely hide your love of hockey – it just has to be a little more subtle and refined…like with a tie clip! So dust off that suit, put on your favourite tie and keep it from flailing around, in style! (Recommended by John) 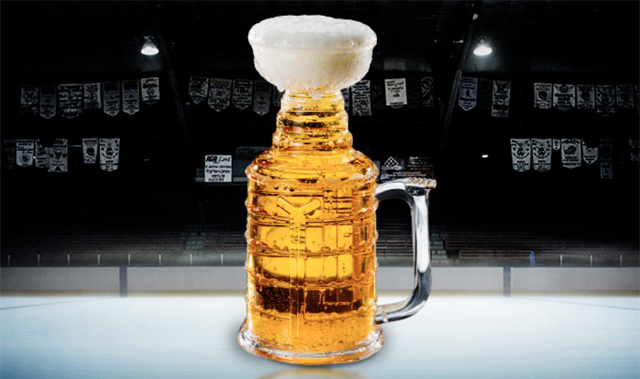 Drinking and watching sports go together just about as well as drinking and holidays, so what better way to combine the two than by drinking out of the world’s best trophy? (well, close enough). The Stanley Stein is the perfect glassware for any beer-loving hockey fan on your list – so perfect that the keeper of the cup himself even recommended it.

Lots of sales this weekend. Here is a pretty cool one. You should buy one for a buddy as well. #stanleycup @HockeyHallFame @NHL pic.twitter.com/fBb2juJed8

Your friends and family might not get to drink out of the real cup anytime soon, so in the meantime, the Stanley Stein would make for a pretty solid consolation prize. (Recommended by Ally)

Think we missed something awesome? Let us know in the comments or join the conversation on Twitter and Facebook! And don’t forget, we’re now on Instagram too.