What if…Vegas Gold Lived On in Pittsburgh? 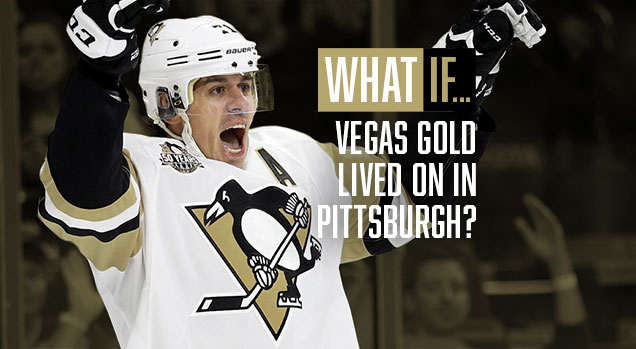 Editor’s Note: Today, we’re introducing both a new series and a new contributor. Chris LoBosco, who’s a professional designer working with the NWHL is the newest contributor to HbD, and he’s introducing a brand new series answering all of the “What ifs?”…exploring design choices that could have been and the impact they’ve had. Welcome Chris!

With the Penguins going back to their 1992 uniforms, vegas gold has been retired in Pittsburgh. It’s easy for a team to run back to a comfortable and safe design, like the Islanders, Oilers, and Flyers have done in the past. Success influences the credibility of a design, which is why many teams opt to uniforms that have been seen hoisting hardware.

But in recent years, we’ve seen great success in new uniforms accompanied by new branding, much like the Panthers and Stars, who have brought new life to otherwise uninteresting designs.

The Penguins have won two championships while donning the vegas gold and black uniforms. This color was hindered by mediocre jersey designs, that just threw three blocks of color together without establishing a clear hierarchy of color. Putting the majority of gold under the arms probably didn’t help the color establish much. It also doesn’t help that it has little contrast with white. But use it against black, and you’ve eliminated an easy problem. With better use of color and a more consistent striping pattern, vegas gold would have shared the same success as the team has in recent years.

What if…success saved a design?

Typically winning a championship enhances the impact of a uniform.. It certainly will for the Kings, but for the Penguins, they’ve retired a jersey that saw just as many Stanley Cup victories without as much glory. It could be because the consistency and striping of the ‘92 jerseys are far better than the ‘07-’16 set, giving them more appeal to the fans. When two Stanley Cups can’t save your design, it’s time to move on.

So the question is…

What if the Penguins wore these jerseys? 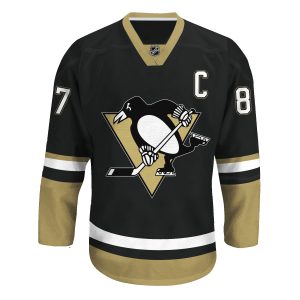 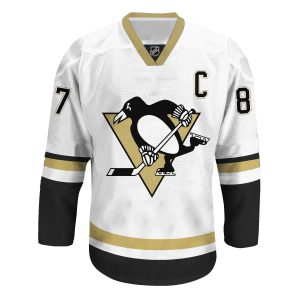 My own take on what we could have seen in Pittsburgh, a combination of old and new. A unique striping pattern that features large amounts of color from the most recent uniforms at the bottom of the sleeve, meeting the mid-sleeve stripes reminiscent of the ’92 uniforms fans love dearly.

So what if Vegas Gold lived on in Pittsburgh?

3 Responses to “What if…Vegas Gold Lived On in Pittsburgh?”