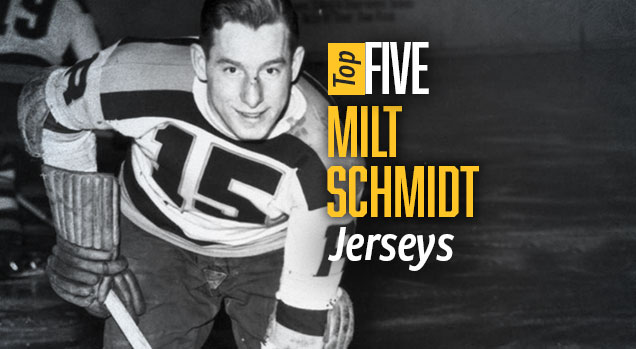 2016 was a rough year in notable deaths, and the sports community was no exception; Gordie Howe, Muhammad Ali, Jose Fernandez and Craig Sager are only a few still being mourned by the sports world.

As if the year past wasn’t hard enough, the turn of the calendar year brought yet another loss to the hockey community in the ultimate Bruin, Milt Schmidt. At 98 years old, Milt was the oldest living NHL alum, a hall of famer with a career and spirit that impacted so many. His playing career spanned three decades, and while most people reading this never had the pleasure of seeing Mr. Bruin skate, his influence on the league will live on forever.

To honor Uncle Milty’s legacy in the best way we know how, here are the best sweaters ever put on by the legend, number fifteen.

Before a three year absence from the NHL to serve in the Canadian military, Schmidt spent his first full season with the Boston Bruins in 1937, quickly proving his worth to the big league club. Milt and his childhood friends-turned-teammates Woody Dumart and Bobby Bauer  formed the famous Kraut line, respectively finishing first, second and third in NHL scoring in the 1939-40 season. 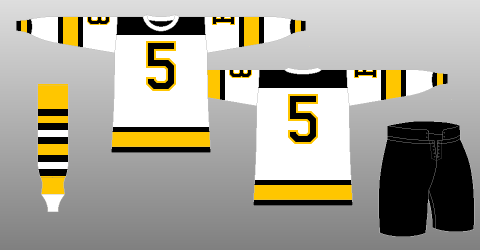 In their first full season as teammates, the Kraut line and their Bruins sported white sweaters with large numbers on the front, the “B” being relegated to a secondary position on the sleeve. The layout of this jersey is really nice, although the decision to prioritize the players’ number over the team logo seems counter-intuitive (right, Herb?). Regardless, this sweater is one we’ve come to associate with Milty, having worn it at almost every appearance in his later years, including the ceremonial puck drop at opening night this season. 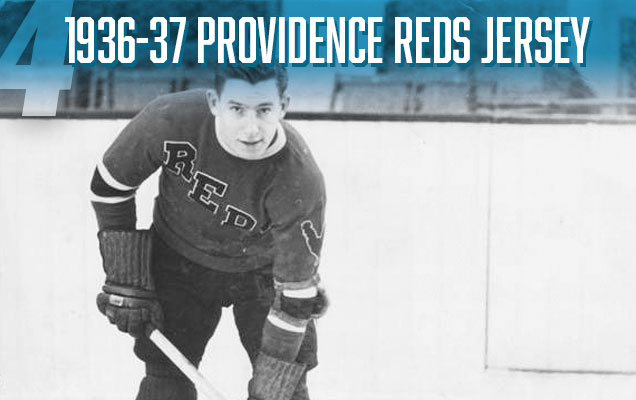 Prior to joining the Bruins, Milt played in 23 games for the Providence Reds (later known as the Rhode Island Reds) of the IAHL. To provide some context for just how long ago that was, the Golden Gate Bridge hadn’t been built yet, FDR was in the White House, and the Reds’ programs looked like this. While there isn’t much as far as documentation goes of minor league hockey uniforms from the 30’s, from what we do know of the Reds’ sweaters, they’re actually pretty nice!

A classic varsity-style sweater with diagonal lettering across the front, this look has inspired many a modern jersey, including the typography on the Rangers’ home blues and the felted logo of the Bruins’ 2016 Winter Classic jerseys. With the countless crazy jersey fads that have come and go since Milt took the ice as a Red, this sweater serves as a reminder that classic never goes out of style.

With the 62nd NHL All-Star game right around the corner, it’s wild to consider that Milt played in the first EVER All-Star game. The humble beginnings of the league’s All-Star showcase back pitted the defending Stanley Cup champions against the rest of the league’s All-Stars (oh, and the programs cost 25¢). Also unlike present day, the NHL actually kept the same sweaters for the All-Star games from 1947 through 1959, over which time Schmidt played in four; 1947, 1948, 1951 (pictured above) and 1952. 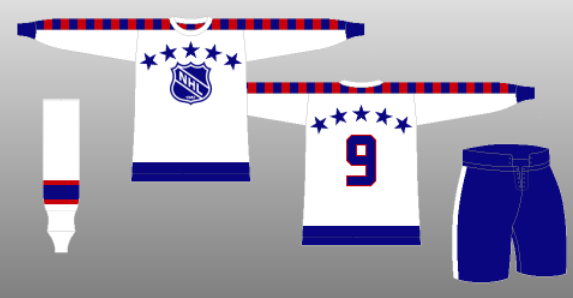 The ASG sweaters of the 40’s and 50’s actually included the year on them within the NHL crest, something that would be nice to see brought back, although not necessarily inside the logo. The consistency of keeping the same jersey year after year is also a nice sentiment, creating a sense of accomplishment and honor in getting to wear that sweater, knowing the generations before who have worn the same one. 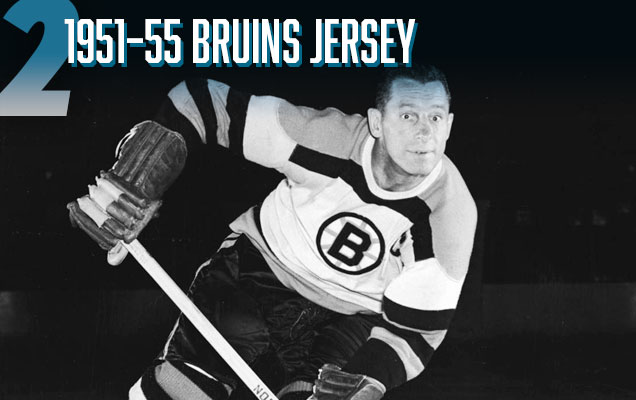 Featuring one of my favorite variations of the spoked-B, the Bruins’ sweaters from 1951-55 featured a clean sans-serif logo on the front and not much else. Worn by Milty in his first season as Bruins captain, the clean and classic design is incredibly timeless, and could even work in today’s NHL.

The stripes on the shoulder balance perfectly with the stripes along the bottom, but the only thing keeping this sweater from claiming the top spot is the excess of stripes on the sleeves. The set of five borders a bit on bumble bee territory (Steelers fans, you know what I mean) and could probably be toned down. 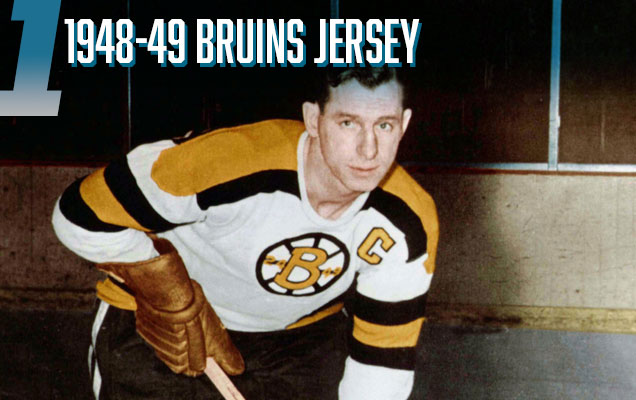 A sweater that the Bruins oddly only wore for one year, the team’s 25th anniversary, marks the first introduction of the spoked-B that spawned every Bruins primary logo  since.

The first iteration has the years “24” and “49” on the horizontal spokes on either side of the B, an element that was omitted when the mark was reintroduced for the 2010 Winter Classic. Unlike the bumble bee sleeves on the #2 sweater, this jersey has the perfect balance of white space and stripes. It’s a shame the B’s didn’t keep this look around for longer, but jumpstarting the team’s iconic brand for the next 70 years? That’s enough to earn the top spot in my book.

Thank you for everything you’ve done for hockey. Rest easy, Milton. You will forever be missed.