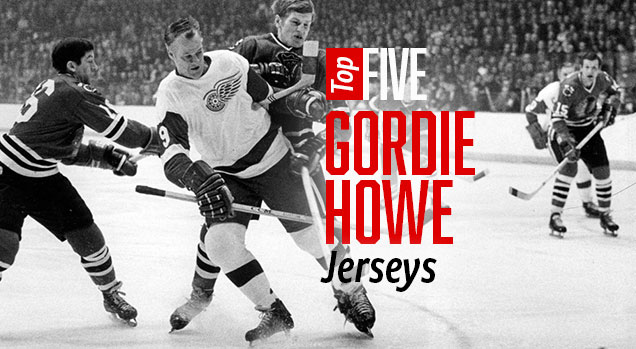 2016 has been a brutal year for iconic individuals passing on from this life. First, Death came for the music industry, taking David Bowie and Prince, and then set its sights on sports, taking Muhammad Ali a few days ago, and now today – Mr Hockey himself – Gordie Howe.

Waking up to that news is one of the worst ways for a hockey fan to wake up. I never saw the man play professionally, but his legacy is enduring and casts a long shadow over the entire sport. Despite Gretzky’s best efforts, his name still sits atop many records, including 22 straight seasons of 20+ goals, and his almost 2200 professional games played (in both the NHL and WHA). He didn’t officially hang up his skates from pro hockey until 1980 the age of 52 (not including one game in 1996, at the age of 69, for the now-defunct Detroit Vipers of the IHL). The man is a legend and his influence on the game of hockey cannot be overstated.

How do you honour a legend? There’s many ways, and here at HbD, there’s only one way that we know how. We’ll showcase the 5 best jerseys that were worn by one of the best to ever play the sport. 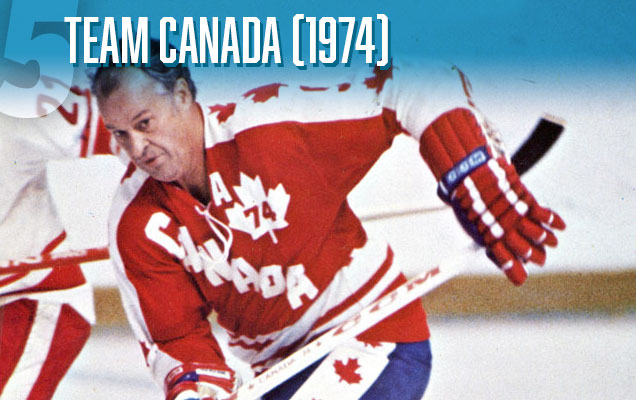 In 1974, at the age of 46, Gordie Howe represented his country against the Soviets in a re-match of the 1972 Summit Series. The Canadian team, comprised of WHA (read: not NHL) all-stars did lose the 8-game series, but it was much closer than expected (3 wins, 4 losses, 1 tie) and Howe was a force against the USSR. He scored 7 points in 7 games, was one of the best players for Canada and physically punished the Soviet players who were half his age. The jersey itself is not nearly as iconic and well-designed as other Canadian jerseys (like the 1972 Series) with maple leafs adorning every available square inch of it, but especially on a day like today, it looks better with a legend wearing it.

Gordie Howe participated in 23 NHL All-Star Games (a record he still holds), along with – hilariously – the most career ASG penalty minutes (25) as well as the most career ASG power play goals (6). These jerseys, worn from 1964–68, were from an era when the game featured the reigning Cup champion against the all-stars from the rest of the league. 1965’s game was his best in these jerseys, scoring 2 goals and 2 assists in a 5–2 victory over Montreal. The jerseys (seen here in colour) certainly show more restraint and than the Canadian jerseys above, and have an elegant simplicity with the two stars at the shoulders and consistent (and unique) striping at the sleeves, bottom and shoulders. There were many other ASG jerseys that Howe wore, with these being among the best. 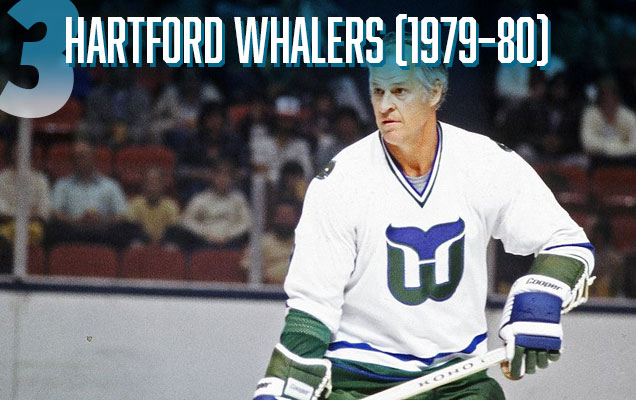 Gordie Howe’s final NHL game came playing for the Hartford Whalers, who had just moved to the league after the folding of the WHA, where they were the New England Whalers. At 51/52, Howe still put up 15 goals and 26 assists for 41 points in 80 games (along with 42 penalty minutes), playing alongside his sons Mark and Marty Howe (both defensemen). He also attended his final ASG that season, playing against then-19-year-old Wayne Gretzky, at the Joe Louis Arena in Detroit. The jerseys? Iconic and awesome, featuring one of the best logos to ever grace an NHL jersey and one of the few teams to have a royal blue and green colour palette. The white jerseys are just exquisite, and match up nicely with Howe’s white hairs. 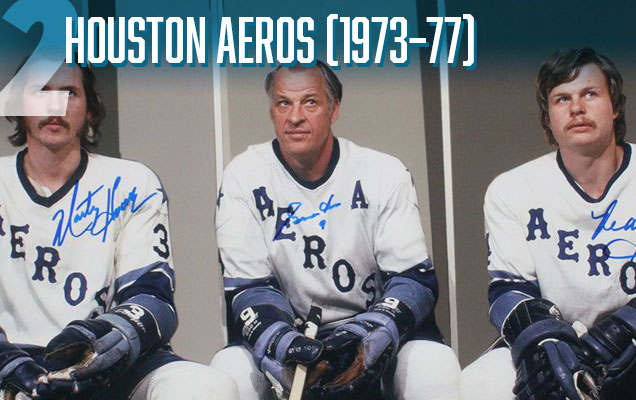 For most of his WHA career, Gordie Howe played for the Houston Aeros, playing for 5 seasons before moving to the New England Whalers for 2 more seasons. Howe led the Aeros to the WHA’s first two Avco Trophy championships. His first season won him the WHA MVP award – at the age of 46(!!) – with 31 goals and 69 assists (for 100 points) in 70 games. At the age of 46. Mind-boggling! Even more so? His WHA totals are 508 points in 419 games, all in his late-40s. The jerseys are probably by favourites from the WHA, featuring two tones of blue on thick, but consistent, striping patterns on the sleeves and bottoms (a better look at them here), along with a really quirky Western-esque typeface done in the Rangers-style design. Elegantly simple, but still unique and with great colours. The white ones are seriously awesome.

Was there any doubt? Not only do the Red Wings have one of the most iconic and simply elegant jerseys in the league, but Howe was at his best wearing it (and that’s saying something, considering his career). It’s the jersey most people think of him wearing when they think of him. And for good reason. The man played 1,841 games wearing Detroit’s jerseys, winning 4 Stanley Cups, 6 Hart Trophies as the league MVP and 6 Art Ross Trophies as the league’s top point-getter. Aside from the 1 season with the Whalers, it’s the only NHL team he’s played for. He made the winged-wheel iconic and memorable, and this red jersey never changed over the 25 seasons that we wore it.

The hockey world lost a legend today, someone who made every jersey look better because he was in them. RIP Mr Hockey.