Well this year’s All-Star weekend was certainly a ride and a half, especially for fan-voted Pacific division captain, John Scott. The St. John’s IceCaps forward shined brighter than possibly any other time in his 11 year pro hockey career, scoring two goals (the second one was actually…nice) in the tournament and garnering the title of All-Star MVP along with the unofficial fan favorite award and thousands of new supporters across the nation. After starting out as the butt of an internet joke, Scott flourished into a full-fledged blue collar hockey hero, capping off the weekend of his dreams by being hoisted on to the shoulders of his teammates – all 6’8″ of him.

Scott memorabilia is suddenly in high demand, with NHL Shop selling out of his All-Star t-shirts before any other players’. The 33-year-old has played for a number of teams and sported a wide variety of jerseys over his lengthy pro-hockey career, so in honor of the captain’s unexpected yet hard-earned All-Star success, it only seems right to definitively rank the best jerseys Scott has ever worn. 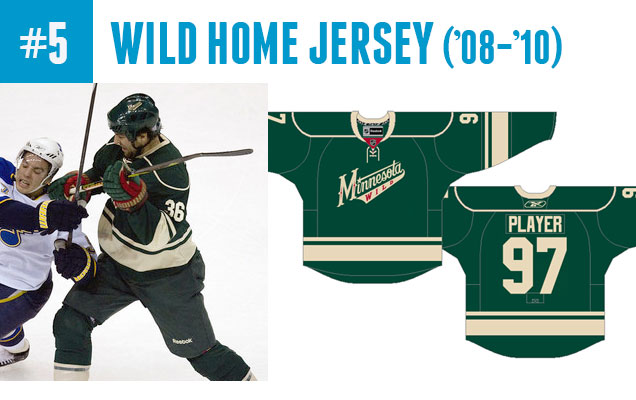 After graduating from Michigan Tech with an engineering degree (plot twist!) Scott was given the opportunity to play in the AHL for Minnesota’s minor league affiliate, the Houston Aeros. In 2008, he got called up to the big club, appearing in 20 games before earning a more permanent spot on the team the following year. In that same season, the Wild introduced their dark green alternate uniforms with beige stripes and script wordmark across the front. These jerseys have a great vintage feel and are a really nice color, as green is wildly (pun intended) underutilized in NHL uniforms. 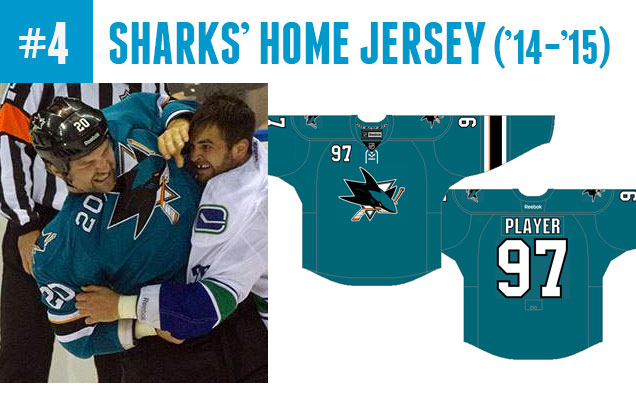 In a brief one-season stint in San Jose, Scott had one of the most successful years of his career offensively, scoring 3 goals in 38 games while racking up 87 penalty minutes (even inspiring a t-shirt honoring the milestone). The Sharks had revealed a new, more streamlined jersey design the season before, and I happen to be a big fan of the redesign. Having ditched the heavy black shoulder yokes and collar, the new jerseys kept the striping only to the elbows with a cluster of white, black and orange bands in a variety of widths. They border on practice jersey-esque with how minimal the design went, but I like the cleanliness of them in the solid teal. 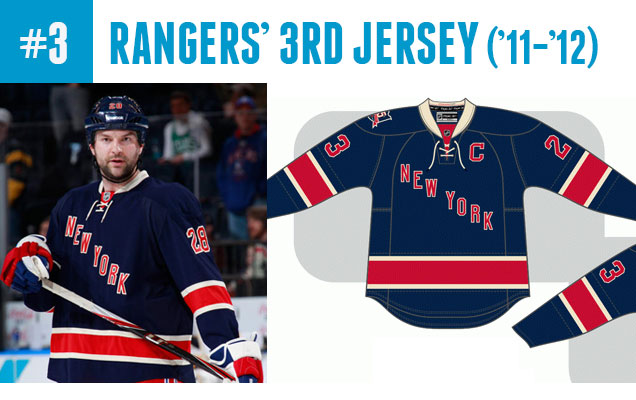 In his one season with the Rangers, Scott didn’t have the most memorable year hockey-wise with a whopping zero points in just six games played, but damn, those jerseys were nice. For their 85th anniversary, the Rangers introduced the heritage third jersey, which I would love to see worn more often. With a darker shade of blue than their typical home jerseys, the red sans-serif lettering and beige trim look really sharp. These unis have a fantastic old-school feel while still looking modern, as opposed to the Blueshirts’ primary jerseys which I find to look a bit stale. The red and blue is a classic looking color combination, and the simple striping adds the perfect amount of contrast to the rich all-over navy. 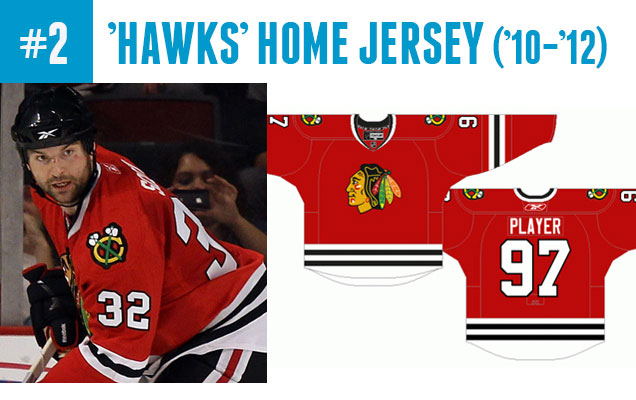 It’s hard to find anything wrong with Chicago’s classic sweaters, as there’s a reason they haven’t changed much in the last century or so. Scott spent two seasons with the Blackhawks, contributing a total of 120 PIM and two assists, but if nothing else, he got to wear one of the league’s best jerseys of all time. Chicago’s home reds have an unparalleled iconic look with the black and white striped trim and virtually unchanged logo in the center, so good that they hardly even stray for special events like the Winter Classic and Stadium Series games. 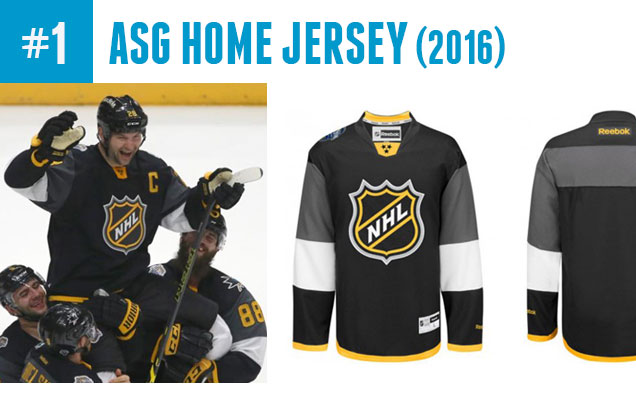 Ok, so I’m digressing from the purpose of the post a little bit here, as the 2016 All-Star jersey is by no means the best designed jersey John Scott has ever worn, but if we were to ask Mr. Scott himself, I have a hunch he’d tell us that it’s his favorite jersey to ever put on. As far as the design goes, from our own HbD breakdown:

As minimal aesthetics go, it’s not bad. A simple stripe along the bottom of the jersey and sleeves, and a couple big chunks around the sleeves with the top one wrapping around to the back. That wrapping is an aspect of the jersey I really like, as too often the stripes just end and begin in places with no reasoning (I’m looking at you Stadium Series jerseys), so this treatment feels much more thoughtful and complete.

It’s not a bad design – not a great one either – but I like these unis far more after watching the events of this past weekend unfold. They actually didn’t look half bad on the ice, and the Tennessee stars on the shorts in addition to the jersey collar, was a nice touch. The best part of these jerseys though is the association they’ll now forever have with John Scott’s unlikely journey to All-Star MVP. His story (much like the jerseys) started out as kind of a joke that everyone brushed aside, but watching Scott and his teammates, who have a tremendous amount of respect for him, accomplish what they did and celebrate in these jerseys, it’s kind of impossible not to smile.

“Everything he got at the end of it, he deserved” – PK on John Scott https://t.co/ZPJ6lYQF82