The Flyers, in celebration of 50 years in the NHL, announced a new jersey they’ll be wearing next year. In keeping with the theme of their golden anniversary, the jersey features an exorbitant amount of gold on it. And gold, when not created on a metallic or shiny material, is beige. Let’s keep that in mind, shall we? We’ll break it down after the jump!

Anniversary jerseys usually have a sense of history to them, to celebrate the legacy of the team and their brand. But, Philadelphia’s in the somewhat unique circumstance where they’ve gone back to wearing their original jerseys in recent years.

And really, those original jerseys are among the best in the league – a great mixture of timeless simplicity and elegant design featuring one of the best logos in the league and a colour that they alone wear prominently in the league. So, admirably, they stuck with what worked for these new jerseys: simple, elegant, strong, a jersey that feels both contemporary and classic at the same time…and then threw in a bunch of gold/beige.

Why the Flyers (one of the best and most consistent visual brands in the league) took a page from the Ducks (one of the worst and least consistent visual brands in the league) is beyond me. Orange and beige do not look good together. Full stop. And again, “gold” on a non-metallic surface is beige, no matter how many lens flares your promo video uses, or how many Photoshop effects you use to make it shimmer. 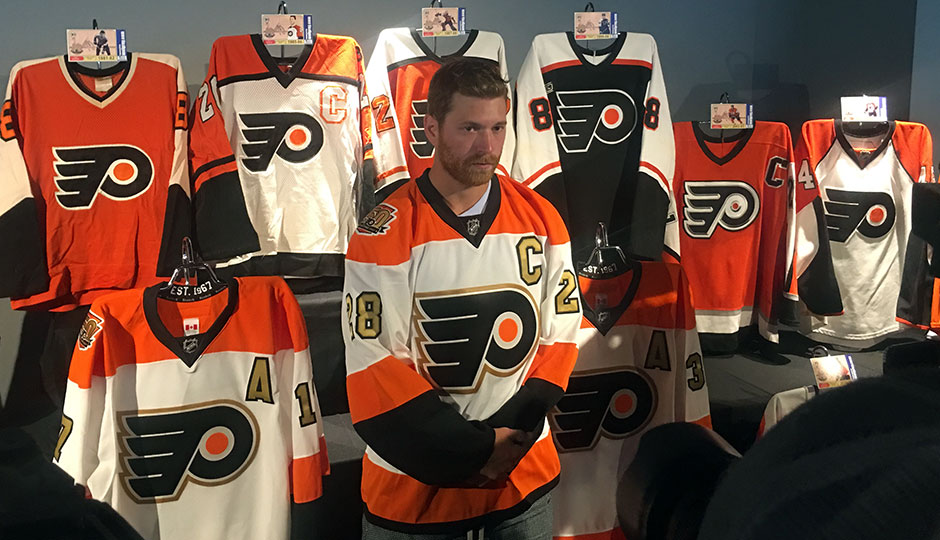 The Flyers are also taking a page out of the NFL’s 50th Anniversary celebrations last year, where every team wore a gold-trimmed logo…but only on their sideline gear, which is the correct decision. 50 years is a cool thing to commemorate, and I don’t blame the Flyers wanting to do something, but sorry, these jerseys just don’t look good with the gold features.

If you wanna do gold, just do gold. Go for it. They’re already wearing their original 1967 jerseys, so just get rid of all the orange and replace it with gold. Weird to see a Flyers jersey not have orange? A bit. Lit af? Definitely. When you’re celebrating 50 years, you don’t half-ass it, you dive right in.

But the actual design of the jersey is great, and very Flyers-esque (not –esche). Simple, strong lines with minimal features – and that’s not meant to be disparaging. The orange is bright and aggressive enough that, when used with the right balance of black and white, you don’t need to have additional design elements to make a statement (take note Ducks). 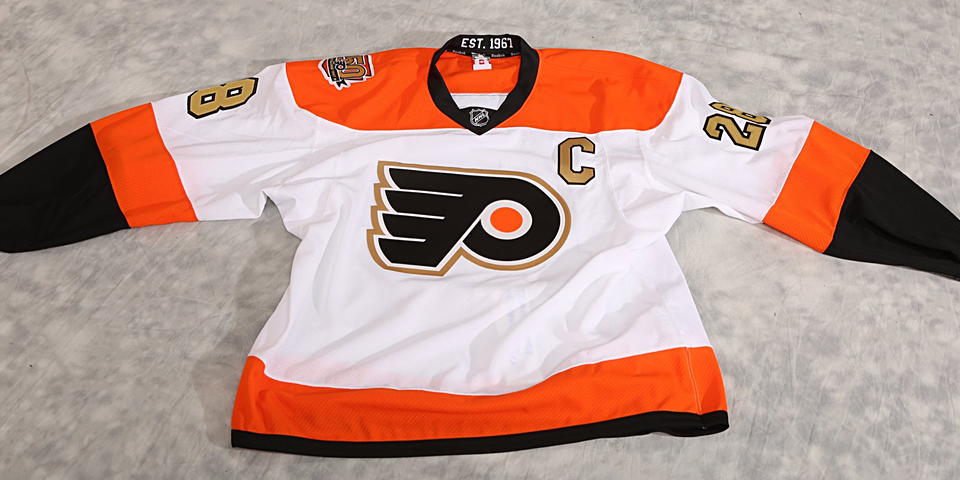 The thick orange sleeve and bottom stripes are great, and the black cuffs/bottom stripe are a perfect balance. They’ve forgone their usual cuff-to-cuff should yoke for a simple rounded-off one. And it looks great. Simple, bold, classic. They’re the only team that’s consistently done orange-jerseys right (take note Ducks).

But, that beige. *shudder*

Great jersey…if they get rid of the gold/beige. That colour feels like an addition that was too influenced by the NFL’s recent 50th anniversary celebrations, and doesn’t work with the visual brand of the Flyers. However, if the Kings wanted to do something like this…