Top 5: Third Jerseys That Should Be Dumped 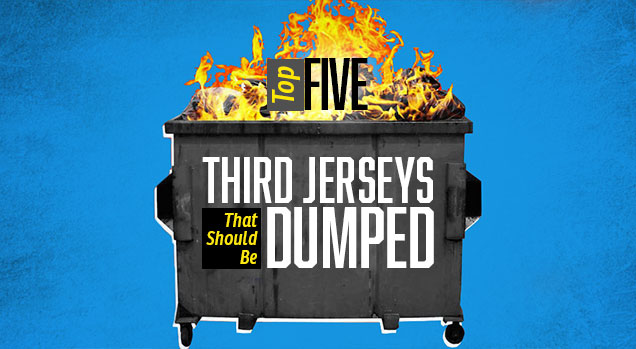 The news came down a few weeks back that once Adidas starts taking over manufacturing of the NHL’s jerseys next season, there will be no third jerseys for any team in the league. At least (probably) just for next season. There are 17 teams in the league that have third jerseys, which means we’re going to say goodbye to 17 jerseys this year…but maybe they won’t all be the third jerseys. Most likely, most teams will just drop their thirds (unlike what the Oilers have already announced), and hopefully these teams will take the hint and just drop their third jerseys before they do any more retinal damage to their fans.

Are you looking for teams that should consider dropping their home jersey and replace it with their third jersey? That’s another list, and you can find that here… 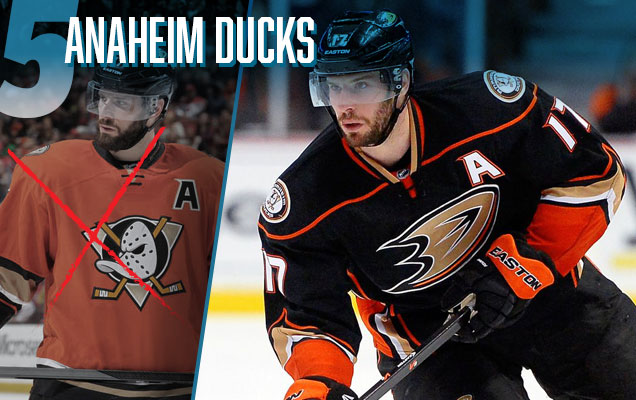 I’m no fan of their home jerseys at all, with enough stripes on it that it starts getting confused with tie-dyed jerseys. They’re actually pretty horrible, and among the worst primary jersey sets in the league…but man, that third jersey is little than a corporate schlocking cash grab, trying to take money away from nostalgic fans who are dying to have their heartstrings pulled with a reminder of the days when the Ducks were Mighty. But these, which emphasize the fact that beige and orange don’t look good together, as well as having inconsistent striping and a logo that looks bastardized when not in the teal and eggplant, deserve to be tossed in Reebok’s trash heap. Even a bad home jersey can’t save it. This is a #3 from the list above, with the bar set really low. 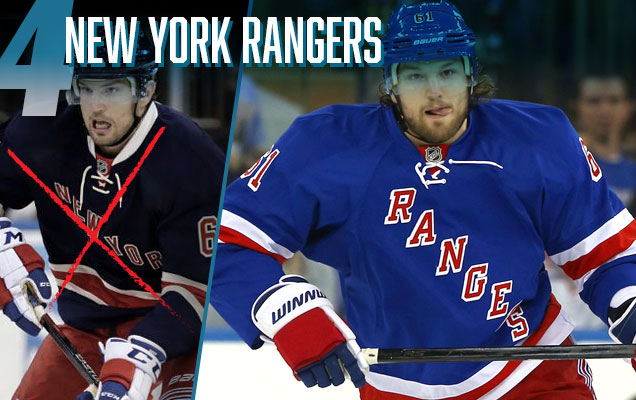 Granted, I’m not the biggest fan of the Rangers third jerseys, with the unnecessarily darker blue and heritage white and nothing that’s really interesting or innovative, but they’re still really nice jerseys. But if Adidas or the team canned the Blueshirts’ iconic blue shirts, there will definitely be hell to pay. These are great jerseys that are almost as iconic as the Habs’ jerseys and incredibly unique within the NHL, even after their 90 years of existence. Others have tried to duplicate the style, but it never lasts long. The look, the font, the great balance of red, white and blue, it exemplified the Rangers. Consider their thirds the most likely in the league to get ditched. Definitely a #1 from the above list. 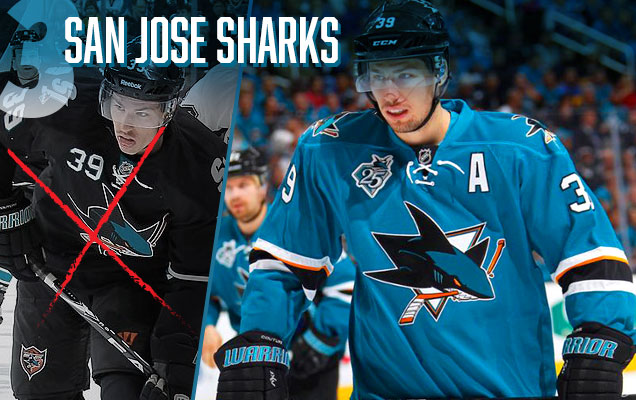 Well, those black ones are cursed in the playoffs now anyway, right? In 2014, the Sharks decided to wear their black thirds jerseys throughout the playoffs (as the teams have to decided on only two jerseys they’ll be allowed to wear through the playoffs), and then suffered a 3-games-to-0 collapse to the Kings to lose the series in 7 games. And after missing the playoffs in 2015, they then decided to wear their teal jerseys instead in 2016…and promptly made it to the Cup Finals. And hey, look what else happened recently when they wore those devil-spawned jerseys? So why keep the poltergeist in your closet? But in all seriousness, the black jerseys are dull, with extremely little teal or white to balance out the darkness. They look like black pyjamas, but the teal versions look great. So, it’s an easy #3 from the list above. 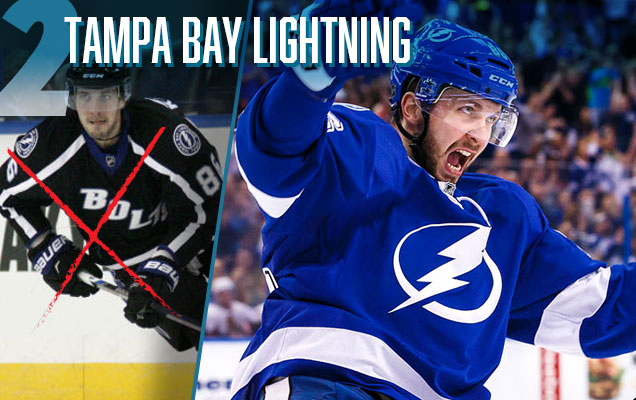 Hoo boy, these emo jerseys are terrible. Why “emo”? They’re almost entirely black, they’re copying a team that they looked up to for winning Cups, and they use a nickname on their jersey…because it’s cool? They’re boring, stolen and pretty lacklustre in general, as well as going completely the new only-blue visual brand they established for themselves a few years back. It easy…they’re just bad jerseys. And while some people have attached the “boring” label to their current homes as well, they at least have some colour to them and veer more towards classic and timeless design than ridiculously trying to fit into a trend that was already fading away. This is a definite #2 from the list above. Throw them in the flaming Reebok dumpster! 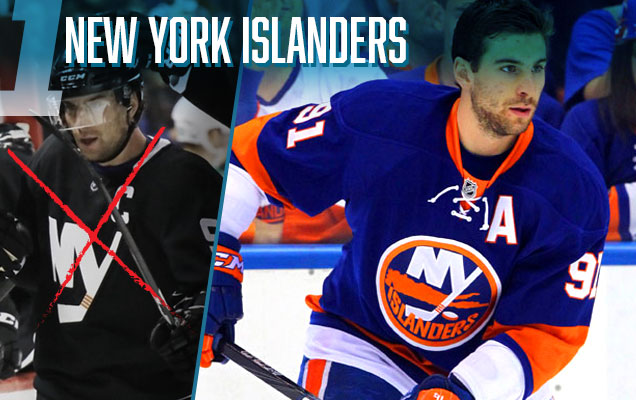 This is a #1 and #2 combined – or a much more extreme version of #3, so it easily takes the top spot. One of the newest third jerseys in the league is also one of the worst, with the Islanders trying desperately to connect with the Brooklyn community and its aesthetic – or at least the perceived Brooklyn aesthetic established by Jay-Z and the Brooklyn Nets. It looks great on a basketball jersey, where there’s skin tone and the colour of the basketball court to balance out the stark blackness of the jersey. But on a hockey jersey? Not so much. It’s an ill-conceived desire to try and fit in that just comes across as awkward and desperate. And when you hold them up to the current home jerseys – the classic blue and orange that has hoisted not 1, not 2, not 3, but 4 Stanley Cups, it’s not a contest at all as to which one should remain next season. Plus, now they’ve been kicked out of Brooklyn anyway. Keeping these jerseys around would be the most worst jersey decision for a franchise full of bad jersey decisions.

2 Responses to “Top 5: Third Jerseys That Should Be Dumped”