NHL Playoffs 2018 (Round 2) Countdown and Predictions 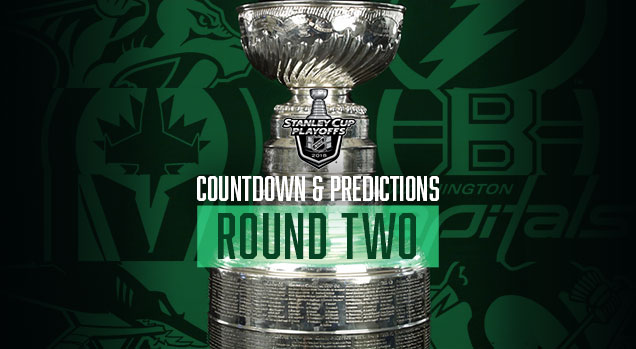 Uh, so not a great round for superior branding these last couple weeks, going 2-for-8 (Knights and Pens). But we did call the Penguins in 6 perfectly, and there’s still lots of chances to make up for that otherwise poor showing. Let’s get to the countdown/predictions for the Division Finals.

As a recap…how does it work? We’ll compare the overall branding of each series and see how they match-up. This includes the logos, alternate logos, jerseys, historical logos and jerseys, general legacy and everything else that builds a team’s brand. And it will be drawn from just the visual brand component (aka: categories 1 through 4) from our handy and comprehensive brand rankings that we did at the beginning of the season to help us out.

But on top of that, the match-ups are going to be ranked according to which will be the best to watch from an aesthetic standpoint. Some jerseys work better together than others, and you’ll see why. After 6 post-seasons, we’re 49-for-90, or 54.4% (not counting the 2018 1st round). I think we can now definitely say that good branding and design will help you win in the playoffs, right? Right? Bueller?

Okay, like last time, let’s start with the worst jersey match-up in the second round… 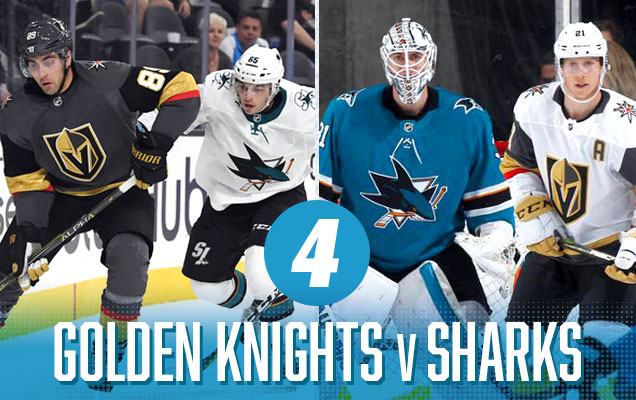 Each team gets a better match-up in this round, with the Sharks playing a team that doesn’t have the worst jerseys in the league (see: Ducks), and the Knights playing a team that actually have some colour. But the Sharks simplistic and classy teal jerseys make the Knights’ road whites look too circus-esque, and the Sharks over-simplistic road whites don’t bring enough colour to an otherwise grey vs white matchup. There’s some good elements interacting here, but overall, there are better matchups this round.

San Jose Sharks Visual Brand Ranking: 29th. The updated 2017 Brand Power Rankings were not kind to the Sharks, at least from a visual brand perspective. Laden with bottom-third rankings in all the visual brand categories push the Sharks down, deeper than an ocean abyss. Because sharks, right? 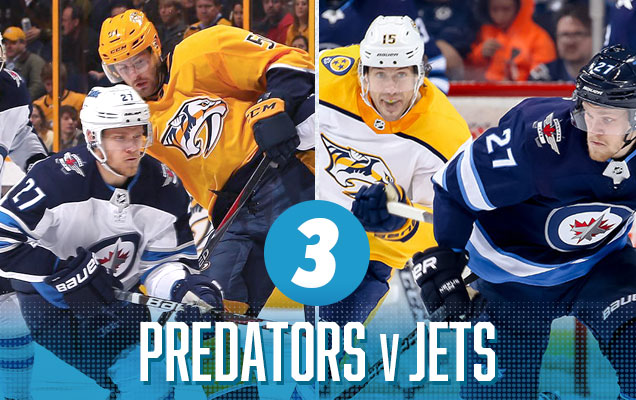 The Jets jerseys compliment the gratingly-gold Predators jerseys much better than the Avs did, with a somewhat more simplistic two-tone blue combo, especially since they’re both sporting a navy blue that provides a bit of consistency. And aesthetically speaking, blue and gold are a great match-up. It’s not enough to pull this match-up further up the list, but at least this 2nd round match-up won’t be as much of an assault on the retinas as the Preds’ first round matchup was. 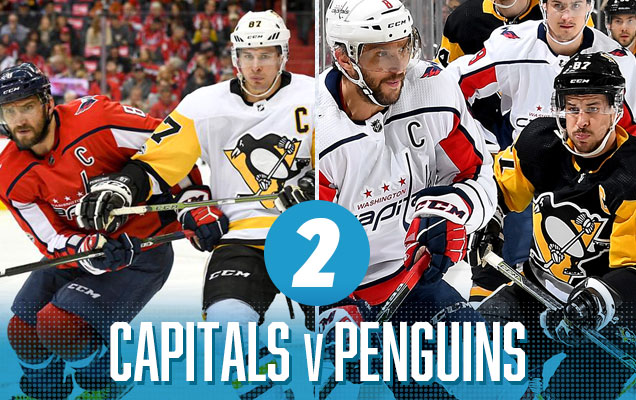 This is, aesthetically speaking, a great match-up. The Pens’ blast of gold go well with the reds and blues on the Caps jerseys, creating a primary colour mash-up with enough white and black thrown in to prevent it from getting too…clownish. The only thing holding this back is the clashing styles of the ultra-modern Capitals design with the more old-school Penguins design. It’s minor, but it’s the little things that can drop you. The games in Washington, with the heavy use of red versus gold, will look fantastic. 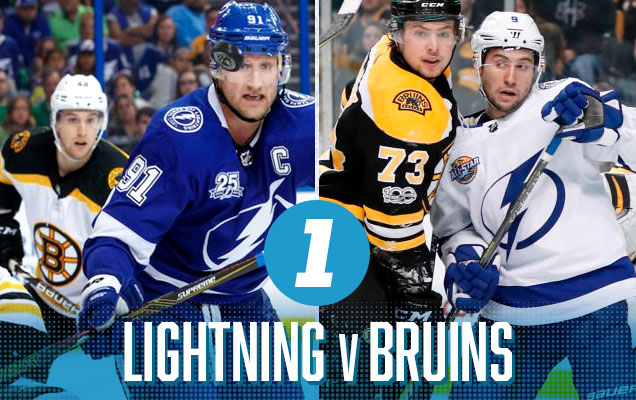 Almost anything I said about the Leafs-Bruins matchup in the last round can be said again here. Why? Well, there’s not too many differences between the Leafs and Bolts jerseys. Now we get to the really good stuff. Again, it’s classic jersey designs that use a nice amount of colour and contrast to make for a great visual matchup. It works because the Bruins bring a lot of gold into their jerseys, and the gold versus blue looks great. The games in Boston are actually a bit better again Tampa than Toronto, since Tampa uses thicker stripes of blue, adding some more necessary colour to the matchup. Easily the cream of the crop this round.

One Response to “NHL Playoffs 2018 (Round 2) Countdown and Predictions”