NHL Playoffs 2017 (Round 3) Countdown and Predictions 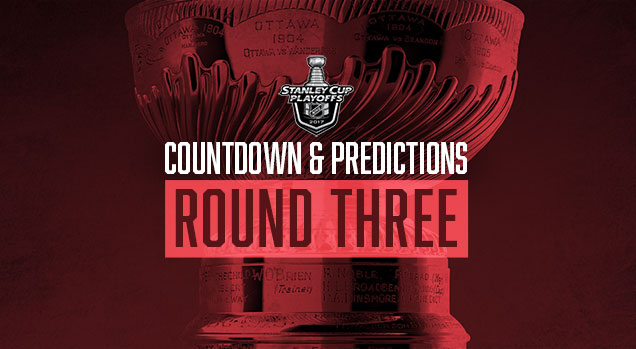 Ooof. Our brand-based predictions went 1-for-4 last round, with only the Penguins advancing. Add that to the first round’s 3-for-8, and we’re currently sitting at 4-for-12, which guarantees a sub-.500 finish for the 2017 Playoffs, well below the aggregate 56% that we’ve gotten in previous years. Well, there’s always anomalies, right? Let’s get to the countdown/predictions for the Conference Finals.

Okay, like last time, let’s start with the worst jersey match-up in the third round… 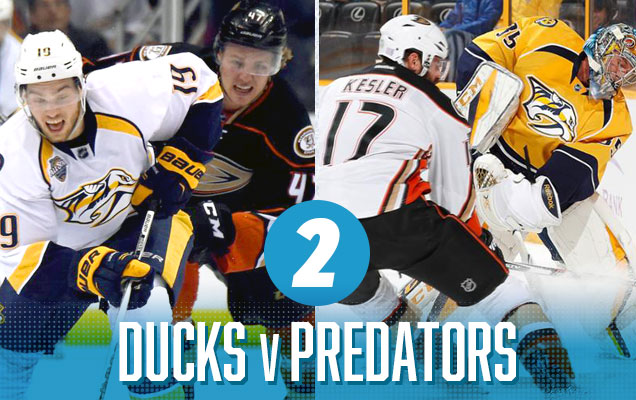 I’m starting to realize that the major problem with the Ducks jerseys is that they make every other team’s jerseys look worse when paired up against it. Last round, Nashville/St Louis took the top spot on this ranking, with perfectly paired sets of jerseys, visually speaking. This round, the Preds jerseys get dragged down by the Ducks’ overbearing striping, clashing styles, and mis-matched colours: gold, orange, navy blue, beige, black…it’s just too much.

Anaheim Ducks NHL Brand Power Ranking: 24th. The Ducks, despite their recent competitiveness and 2006 Stanley Cup victory, are being destroying by their visual brand, especially their league-worst jersey set and mediocre logo. And their competitiveness may be slipping against their California cousins, or so their fans seem to think. But with a logo isn’t that great, an inexcusable past (from corporate schlepping for a bad Disney franchise and what could be the most horrendous professional hockey jersey to be worn during a game), pylon-esque Stadium Series jersey and the worst current jersey set in the league, the whole visual brand could use a re-thinking.

There is a clash of bold, warm colours set against a backdrop of black and white, which creates a sense of visual cohesion (with the jerseys sharing the black/white) and distinction (red vs gold) – a perfect match-up in some ways. The Sens’ road whites are a little too red-shy, but the good amount of gold on the Pens’ home blacks help make up for it. The the blast on gold on the Pens’ road whites are a great compliment for the Sens’ uber-red home jerseys. Top place for this round was incredibly easy to pick.

As a quick aside, this will be the first time ever that these two jersey will meet for the games in Ottawa. In the Pens’ only Ottawa game this season, the Senators wore their heritage jerseys.

Ottawa Senators NHL Brand Power Ranking: 23rd. The lowest Canadian team, their era of on-ice success (culminating in a trip to the 2007 Cup Finals) is bookended by years of not much, getting to the Conference Finals only one other time. Their visual branding – aside from their historical third jerseys – doesn’t excite either. They have what I previously called a borderline minor-league logo and the worst logo in the league for a Canadian team, which is still an improvement over their incredibly flat and oddly shaped original logo, which is also an improvement over the typographic disaster that was the logo created for the expansion team in 1991 but never used. Now, if they actually moved to using their historical “O” jerseys full time…

2 Responses to “NHL Playoffs 2017 (Round 3) Countdown and Predictions”